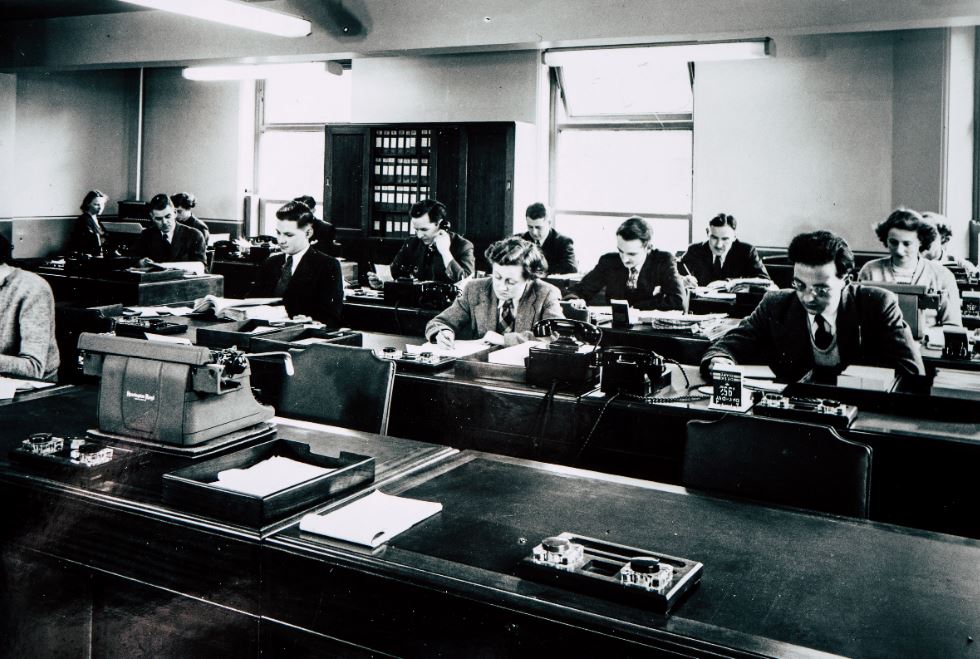 Goldman Sachs is in no rush to hurry people back into its offices. - The firm just reopened its Paris office with only 20% of its pre-pandemic employees in residence, and a memo sent earlier this month by Goldman CEO David Solomon, CFO Stephen Scherr and COO John Waldron indicated that the GS only sees 50% of staff returning at a maximum while the virus is at large. However, hanging out at home may have disadvantages that are only gradually becoming apparent.

Speaking at today's Bernstein Strategic Decisions Conference, Waldron said having everyone working from home has the potential to damage Goldman's "apprenticeship model." Usually GS people sit alongside each other and help each other grow through mentorship, said Waldron. "That's a lot harder to do in this environment," he said. "I worry that the apprentice model decays over time."

Waldron's comments echo those made by Paco Ybarra, the head of the investment bank at Citigroup. In an interview with the Financial Times last weekend, Ybarra said banks have been able to function well with most staff working from home thanks to social capital accumulated while staff were actually in the office. “At some point, you would see depreciation of that capital and then you would start seeing problems,” Ybarra predicted. Those problems will include on the job learning, he added.

Despite Waldron's hesitation about homeworking, he said today that Goldman is likely to operate a more "distributed model" in future. Right now, around 30% of Goldman's staff work in "strategic locations" like Salt Lake City, Bangalore, and Warsaw, said Waldron. In future, a higher percentage could work away from core financial centers as people work from home too.

Waldron said that Goldman revenues are strong, that targets are being met and that there are no plans to step-up the $1.3bn of cost reductions over three years that the firm announced at its January investor day. However, it's also clear that the pandemic has highlighted new opportunities for pursuing 'efficiencies.'

"There’s no doubt that we are learning a lot about operating efficiency," said Waldron of Goldman's experience during the virus. The last 60-70 days have demonstrated that Goldman can "crank the handle" of process automation and transformation faster than was previously thought possible, Waldron added. As a result, he said Goldman has removed the need for "human intervention" in some areas where humans were previously considered imperative.

Photo by Chris Curry on Unsplash