Can banks really afford not to cut jobs due to the virus? 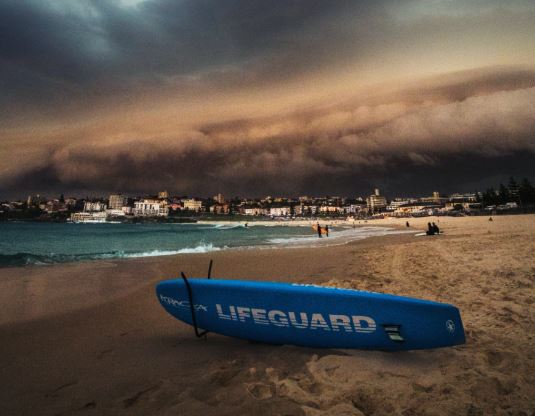 Something strange has happened in the past few weeks. Banks, which are usually quick off the mark when it comes to cutting costs and headcount in any crisis, let alone one in which GDP is expected to shrink at rates unprecedented within living memory, are doing their utmost to be good corporate citizens and are guaranteeing that jobs are secure.

In a memo this week, Barcays became the latest bank to assure employes that layoffs will be stalled while the pandemic is ongoing. Similar assurances have been forthcoming at Morgan Stanley, HSBC, Deutsche Bank, Citigroup, Wells Fargo, Lloyds Banking Group, Jefferies, UBS, Bank of America, SocGen, and Credit Suisse (sort of).

The pledges might simply be semantics. Credit Suisse, for example, has promised not to make layoffs relating to the virus, but this didn't stop it trimming markets staff and cutting severance pay in London last month. Deutsche Bank and Barclays have said new cuts will be put on hold, but are continuing with layoffs already in process. HSBC has said it will delay the "vast majority" of the 35,000 job cuts it announced in February, but this hasn't stopped it restructuring its senior team and parting company with some senior staff, voluntarily or not.

For the most part, though, the promises seem to have been made in good faith. Morgan Stanley boss James Gorman said yesterday that guaranteeing jobs was a no-brainer during the health crisis and that he'd received hundreds of emails in thanks from employees as a result.

Rather than focusing on the banks that have promised to retain employees during the pandemic, however, it might be more informative to look at the banks that conspicuously haven't. Cantor Fitzgerald is cutting 5% of its staff, including some who've already gone in its prime broking business. Natwest Markets cut 130 jobs at the start of April, around the time that boutique firm Arma Partners cut a large swathe of its analysts and associates. Goldman Sachs, which announced plans for $1.3bn of cost savings over three years at the end of January, of which $700m were due to come from its securities business, affirmed its commitment to that target this week - while acknowledging that cuts are now more likely to happen later on. JPMorgan has been strangely silent on the subject, but has said it expects costs across the bank to fall by $500m (1%) in 2020.

Can the banks in the first category afford their generosity? Sales and trading divisions had an excellent first quarter, but this isn't expected to last. JPMorgan, for example, is predicting a nearly 20% decline in its own markets revenues for 2020 as a whole, and this is likely to be replicated elsewhere. Debt capital markets (DCM) bankers have recently been busy with record investment grade issuance and equity capital markets (ECM) bankers were flattered in the first quarter by comparisons to the miserable start of 2019, but IG issuance threatens to flatten once debt has been raised and IPO comparisons won't be as favourable as the year goes on. And what of M&A bankers, who are at home in endless Zoom meetings with clients, none of which are generating any fees? Some junior M&A bankers are already discussing watching TV while they sit at home waiting for the next "turn" (turnaround) on a probably pointless pitchbook.

There may be light at the end of the tunnel. If the pandemic is brought under control, the "level of engagement could potentially pick-up quite quickly," said Goldman Sachs CEO David Solomon this week. The real risk, though, is that as the crisis becomes entrenched banks are compelled to make big writedowns as banks register the declining value of products stuck on their balance sheets.

It's already happening. Goldman took $1bn of writedowns in the first quarter. Morgan Stanley yesterday recorded mark-to-market losses of $610m on loans held for sale, plus $388m of credit losses on loans and unfunded credit commitments. In a note issued earlier this month, Kian Abouhossein, head of European banks equity research at JPMorgan said that while mark to market losses are likely to be lower than in 2008 during this crisis they're unlikely to be nothing at all. Banks like Credit Suisse, Goldman Sachs and Deutsche Bank are particularly exposed to warehousing risk relating to collateralized loan obligations (CLOs), leveraged loans and high yield bonds, said Abouhossein. There could be writedowns too relating to secondary trading positions which could see mark to market losses as spreads widen and products turn illiquid.

Banks are saving some money due to the virus: hundreds of millions will be saved in airline tickets alone. But costs have also been incurred by the shift to remote working. Goldman Sachs, for example, turned its trading floor into a logistics hub to get 98% of its 38,000 employees out of the office. Bank of America said this week that it "deployed" 90,000 new laptops to employees working from home. That doesn't come cheaply.

It's easy to see that banks may yet come to regret their eagerness to shelter staff. Cantor's Howard Lutnick reportedly told staff the cuts he's making are "prudent" in the face of macroeconomic uncertainty. Arma Partners is understood to have told staff they were necessary to preserve the firm's profitability.

Ultimately, the assurances on jobs may come down to how banks choose to define the end of the pandemic. If it's simply categorised as the period of the lockdown and peak of the curve, banks might feel free to start trimming staff this summer. If they're sticking rigidly to their promises they might have to wait until 2022 or beyond. This seems unlikely. At the very best, cuts may be delayed until 2021 - at which point layoffs could potentially coincide with a second wave of the virus. By that time, though, banks may feel that they have no choice but to act.

Neal Kashkari, the president and chief executive of the Federal Reserve Bank of Minneapolis, who oversaw the Troubled Asset Relief Program in 2008-09, this week forecast a huge financial crisis to come. In the circumstances, some banks' recent reassurances on jobs might be perceived as careful positioning ahead of the storm: if another financial crisis is really in the offing, you don't want to be painted as a bogey-man from the very start.

Photo by Silas Baisch on Unsplash