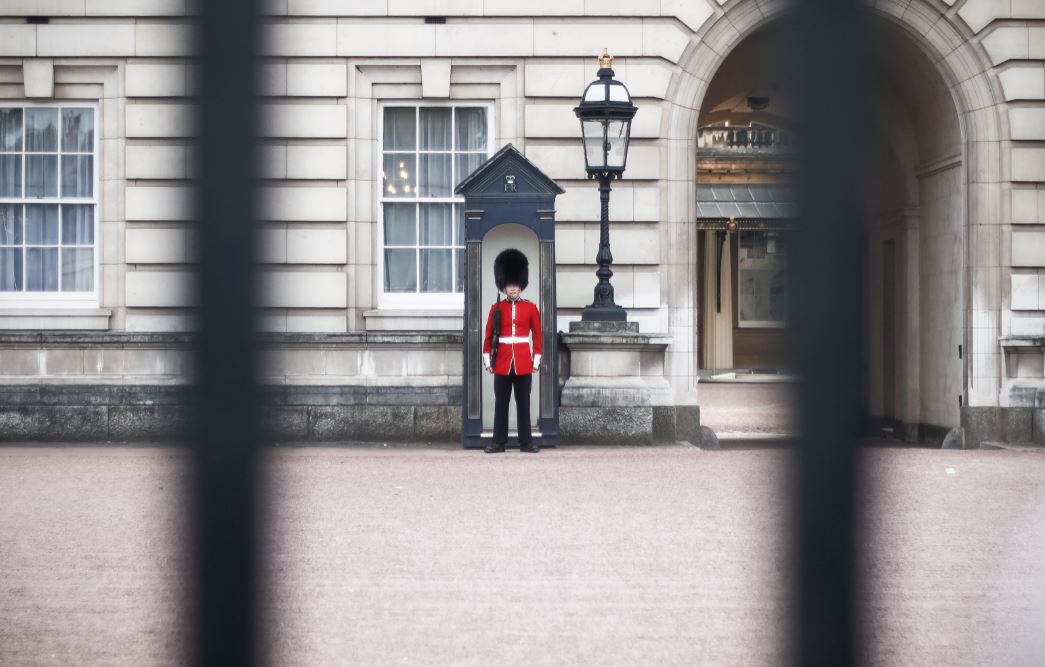 Guards are not coming to GS

It’s a roller coaster ride that few of us will ever experience; in the morning everyone’s saying that you’re about to get a banking job with huge bonus potential, then in the afternoon the story’s been updated to “clarify” that you aren’t.  If Prince Harry and Meghan Markle ever bump into Andrea Orcel at a charity event, they might find they’ve got a lot to talk about.

It seems that what actually happened is that the couple had been speaking about making an appearance in the Talks At GS series, a sort of even more exclusive TED Talk program that’s featured David Beckham, Malcolm Gladwell, Deepak Chopra and pretty much everyone else who’s been on a magazine cover (except Bernie Sanders, and he’s probably not booked for the coming season either).  Someone seems to have clarified pretty quickly that the Talks series isn’t a paying gig, and that any money mentioned would be going to the Duke and Duchess of Sussex’s charities in any case. (For American readers, and indeed for British ones who don’t keep up with these things, that’s Harry and Meghan, using one of their other titles).

That might have been someone at Kensington Palace, or it might have been someone at Goldman Sachs – although the scandals of the 2010s are largely in the past, the word “princeling” still sets off alarm bells in the human resources departments of big investment banks, who remember the swingeing fines levied by the US authorities for employing sons and daughters of politically connected Asian officials.  Although Harry would be a useful addition to the pitch meeting if his father ever decides to sell Cornwall to a private equity firm, the compliance overhead in the meantime is probably not worth the trouble.

In many ways this might be considered a shame; if the world had turned out differently, the Earl of Dumbarton (another name for Harry) could have done surprisingly well at getting through the notoriously endless interview process.  Goldman has a Veterans Integration Process specially designed to provide internships for former Army officers, after all.  He might even have got multiple offers – JP Morgan also has a veterans program, and they are alleged to have paid $1m either to the couple or their charities for an appearance at their Miami Alternative Investment Summit.

The amounts of money talked about are all highly speculative – and the PR expert quoted as estimating the royal couple’s earning power at $1bn must have a distinctly pre-crash understanding of the size of investment banking promotional budgets – but it’s noticeable that Baron Kilkeel (also Harry) would not be acting without precedent if he decided to cash in.  His uncle, Prince Edward appeared with a kilt-wearing piper to present a lecture series for Northern Trust Wealth Management in 1999, although he only got £200,000 (equivalent of $450k in 2019 US dollars) for three appearances.  This might reflect the fact that Edward was only an Earl (of Wessex) while Harry’s highest title is a Duke.  For American readers the difference between the two is roughly equivalent to the step up from Executive Director to Managing Director, and this might start to matter soon.  As part of their “step back” from the Royal Family, Harry and Meghan have agreed to stop using their royal titles, so he will need some new ones, and if he does start to work at Goldman Sachs, he’s likely to want something a bit better than “Vice President and EMEA Regional Co-Head”.

Elsewhere, office moves are always disruptive, but when they involve putting former deskmates on opposite sides of the Atlantic Ocean, people are always going to worry about the communication issues.  It was regarded as a possible mistake when Jonathan Fayman of Glen Point moved from London to New York, and now he’s back, according to the FT.  It looks like it might be another one of those things that looked like a totally logical idea at the time.  Glen Point is an emerging market fund with a big focus on Argentina, and so you can see the sense in having one of the key PMs in the right time zone, while Neil Phillips, the co-founder and co-CIO stayed back in London.

The trouble is, as always, that this is a people business.  Whatever the sound business logic of moving to a more tax-efficient jurisdiction, or one with more favourable regulation, or closer to the clients or whatever, you can’t achieve that goal without taking a human being and putting them in a different environment, away from their friends, out of their gossip network and on the other side of a telephone call from people they used to bump into.  When you do that, there’s always the risk of destroying something more fragile but more valuable than the benefits you hoped to gain.

Wealth management networks are often a law to themselves, but this tale of hazing, forced alcohol consumption, chokeslamming interns onto concrete floors and people calling themselves “Team 007” who claim to be related to the Russian Mob … if the allegations in the lawsuit are anywhere near reality, it’s about as far from Goldman Sachs’ employer brand as you can get.  Maybe they should hire Prince Harry after all, who spent his youth gaining a lot of experience in saying things like “the alleged behavior does not reflect our values”. (Mercury News)

Something of a power move, and a bit of a heads-up that the numbers are unlikely to be shabby; Tidjane Thiam got it written into his departure agreement that he would be allowed to present the 2019FY results before he goes. (Bloomberg)

A few unbearable commute days ahead – Extinction Rebellion aim to “disrupt the system” and act “like a swarm of mosquitoes” in a series of planned actions against the finance sector over the course of the year. (Reuters)

“He began snoring loudly while being treated at hospital for his injured arm while under police arrest”.  If you’re trying to beat the traffic into Canary Wharf on a motor scooter, skip the drinks, as Ashley Mutimer of GS has belatedly found out.  (Court News)

Cut in haste, rehire at leisure – Mizuho and MUFG are the latest banks to discover that big headcount reduction exercises almost always end up losing the wrong people and sending you out into the labour market at a premium. (Reuters)

And if you want to field old, for Valentine’s Day, they’re rereleasing romantic classic “Ghost”, a film from an almost incomprehensible era thirty years ago when a Hollywood studio thought it normal to have a romantic lead character whose job was as an investment banker (Metro)

Photo by Kutan Ural on Unsplash