Morning Coffee: The two people to know for a job at Goldman Sachs. Clearing out under-performing quants 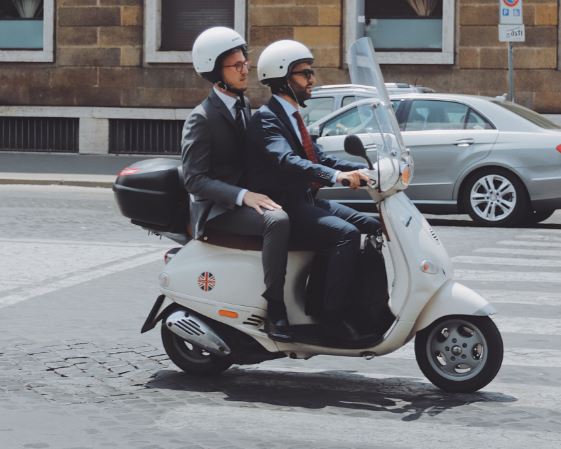 If you know anything about Goldman Sachs, you'll know that it's historically tried not to make too many top-level hires and to promote from within.  But at the moment, it’s trying to build a set of consumer businesses, in an area where it’s historically had little or no presence.  It’s also trying to win a technological arms race in sales & trading, where many people believe that there will be one winner of the race to provide the “platform” for the next generation of trading systems, and that winner will largely be determined by who can throw enough top-level talent at the problem.  So it’s not wholly surprising that not only is GS announcing some big lateral hires, but that it’s hiring people to hire people. - Two new MDs have been added to Goldman's recruiting department.

One of them isn’t exactly an outsider; Maureen Reiley was brought in from Citadel where she’s been a lead recruiter for the last seven years, but she spent the majority of her career at Goldman, reaching the rank of VP before leaving in 2012.  Michael Dillon, on the other hand, is a pure lateral – most recently at JP Morgan, he’s spent all his time in the world of tech and quant recruiting.  Ms Reiley will be recruiting for the “Consumer and Investment Management” division in Goldman's new structure, while Mr Dillon will work across Securities (Sales & Trading) and Global Research.

A quick bit of LinkedIn stalking reveals what kinds of outsiders Goldman is hoping that its new recruiters will bring in.  Mr Dillon is a member of groups like “Algorithmic Traders Association”, “Python Community” and “Master Reference Data Management”; it’s likely that he will be searching out some of the 350 technology hires that GS apparently intends to make for the Marquee and Atlas platform systems.  Ms Reiley is in fewer groups, including “Hedge Funds Review Group”, “Private Wealth Forum” and perhaps interestingly the Brazilian “Conselho Nacional de Recursos Humanos”.

It might not be appropriate to send either of them a follow request though.  At the levels at which lateral recruitment MDs operate, comparatively little of their time is spent poring through data sources looking for names.  Trading technology, quant analysis and portfolio management are all relatively small worlds, and a senior level recruiter can be expected to know where the right people are located.  The tricky part of the job is getting the people from where they are currently working to where you want them to be.  Senior level lateral hires usually get made through a fairly elaborate game of oblique approaches, clandestine conversations over coffee and quickly deleted WhatsApp messages.  That’s even more likely to be the case when you’re potentially recruiting from Silicon Valley and bigtech companies, when it helps to have experience with NDA and non-compete clauses. So if you already know Michael Dillon or Maureen Reiley, make sure they’ve got the up to date number for your burner phone.

Separately, although the overall labour market for quants is strong, one of the industry’s biggest employers – AQR Capital Management, with about 900 global employees – is likely to cut staff for the second consecutive year, with between 5% and 10% of the workforce expected to go.  The reason is apparently nothing to do with the rise of robots or anything else; it’s the oldest problem in fund management, that of buying a bunch of stocks which failed to go up.  According to outspoken founder Cliff Asness, stockpicking was “terrible”.

AQR's business is built round identifying “factors” to buy and hold rather than instantaneous patterns to exploit with high speed trading.  Even a really reliable quant factor might only outperform 70% of the time, which means that it would underperform 30% of the time, and might have dreadful outcomes one year in ten.  There’s just no way to remove the element of luck.

The Credit Suisse spy scandal is now getting like one of those Netflix series which has so many plot twists that it reaches the fourth or fifth season with nobody except hardcore fans knowing or caring what is going on.  Now, Iqbal Khan became the subject of a complaint filed by Investigo, the company which employed the detectives allegedly following him.  (Finews)

An equally long running series, the Barclays fraud trial, continues with Roger Jenkins apparently still wearing that woolly hat and saying “under pressure, sometimes you lose your way”, to describe the behaviour of a colleague. (Telegraph)

Some investment bankers buy vineyards, some breed horses.  Michael Steinmetz, formerly of BoA Merrill Lynch, decided to get out of the rat race, buy one of Southern California’s most promising farms and become “The King Of Cannabis” (Mens Journal)

Typing in “£100m” when you meant “$100m” is easily done.  Better to own up to it, though, than to spend the next decade fraudulently moving money between accounts to conceal the loss, while syphoning some more cash away to pay your online gambling debts.  (Daily Mail)

The hedge fund industry has an official lobbying group, who knew.  Carlyle Group partner and former Bush administration Washington insider Bryan Corbett is to be its new president (Bloomberg)

Could you get away with wearing a bow tie in banking?  Expert opinion suggests “probably not”. (WSJ)

Coming soon to an auditorium or staff awayday near you?  Prince Harry’s quest for “financial independence” might involve giving motivational speeches, for which people who book them reckon his price would come in at $100,000 a speech. (Bloomberg)

“More doughnuts than a branch of Greggs” is a colourful way of describing a poor bonus season in London.  However, the British bakery chain had a great year, driven by innovations like the vegan sausage roll, and so staff there are sharing a record bonus pool.  (Evening Standard)

Photo by Rhys Rainbow-McCormack on Unsplash