Everything you need to know about working in regulatory technology

While jobs in compliance and risk management aren’t known to be the most exciting positions in banking, those tasked with automating these regulatory processes are working on some of the most innovative technologies in the industry. Regulatory technology – or RegTech – has quietly become an emerging business that’s attracting tech talent with huge budgets and disruptive concepts that rely on artificial intelligence, machine learning and advanced analytics.

RegTech startups have raised just over $5 billion in funding over the past four years, with the majority of the capital focused on compliance functions within financial services, according to a recent CB Insights study. But that number is expected to exceed over $100 billion by 2020 as the technologies become more mainstream. What’s more, banks and other financial firms have begun building their own proprietary software in-house. The end result should be a thriving and well-funded RegTech scene.

The automation of Big Brother

The bulk of these investments will center around five main areas within regulatory compliance, according to a new report from securities regulator Finra. Perhaps the most interesting is within surveillance and monitoring. RegTech is set to automate and enhance the role of Big Brother at banks and smaller securities firms. Utilizing AI, language processing software and big data analytics, RegTech vendors are rolling out predictive surveillance software that can monitor traders and brokers for suspicious patterns in their communications – including voice recordings, emails and even social media profiles – and cross-reference them with their trading activities. Some of these new tools can even interpret slang and “emotional words.” Traders and brokers will be sure to love this new layer of monitoring…

The other surveillance-related RegTech advancement concerns clients rather than employees. Startups and in-house tech teams are working on anti-money laundering (AML) and know-your-customer (KYC) tools that can help identify securities fraud, market manipulation and potential money laundering activities using biometric data and distributed ledger technologies that allow different firms to access a shared pool of data on a customer.

Tools that may lead to redundancies

Most technological advancements in financial services result in the elimination of slow and expensive processes conducted by humans. It appears RegTech will be no different. Third-party vendors have begun rolling out software that uses natural language processing and machine learning to read and interpret new regulatory requirements and identify potential deficiencies within a firm’s compliance program – which sounds an awful lot like the job description of many people working in compliance departments.

Other incoming advancements include automated regulatory reporting software that can gather and analyze data on liquidity and capital that needs to be sent to regulators; a process that currently takes thousands of man-hours. Firms are also looking to automate one of the core tasks of compliance officers: making sure trades don’t break any rules before they are executed. If RegTech solutions hit their mark, the need for risk, compliance and regulatory specialists may soon begin to wane.

The potential downside of working in RegTech

On the surface, RegTech appears to be a promising area in which to be working – whether that is for a startup vendor or an actual financial firm. However, Finra warns that some of these innovations may fly over the head of compliance and regulatory personnel that will need to interpret the data that is spit out. The lack of technical skills of compliance and business professionals will result in the need for plenty of training and supervisory obligations for RegTech talent, according to Finra. Leading the blind tends not to be the most enthralling responsibility for engineers, though RegTech appears to offer plenty of career upside elsewhere. 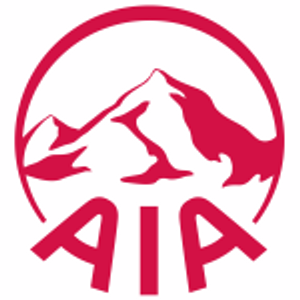