The harsh clauses that lock you into a finance job

Finance employers are like a possessive partner: if they like you enough and you're important enough to their world, they won't want to let you go. An armoury of contractual arrangements will ensure your continued fealty - even after you've left.

Non-compete clauses are the worst. The clauses spreading across America that prevent factory workers taking up jobs with rival firms for a few months after they leave, have long been omnipresent in financial services. "Most non-competes in finance range from three months to a year," says Jason Kennedy at search firm Kennedy Group. "It can be a problem - especially when combined with a high level of deferred bonuses that need to be bought out."

The masters of possessiveness are the boutiques and the hedge funds. Some boutiques and funds have been known to slap clauses on staff as junior as interns, and for their most senior people the restrictions can last years.

"Some of the longest non-competes I've come across are for 18 months," says David Reynolds, a partner at London-based search firm Scott Reynolds. "If you're a decent hedge fund with a serious trader, this kind of period is standard."

Citadel - the hedge fund everyone wants to work for - polices its non-competes with particular vigilance. The fund often imposes one year non-competes on senior trading staff and on very rare occasions will impose a non-compete for two years on top people. It pays them for their pains - in 2009 Citadel was compensating Mikhail Malyshev, the former head of its high frequency trading firm $30k a month for sitting out of the market - but when Malyshev tried setting up his own firm during the non-compete period, Citadel pursued him in court.

Legal retribution and monthly payments aside, headhunters say most big hedge funds make adherence to their punitive clauses well worth your while. "At the end of the non-compete period, hedge funds will often pay all your deferred bonuses in a lump sum," says Kennedy. This contrasts with banks, where European regulators stipulate that deferred bonuses remain payable on the previous vesting schedule, even after you've changed employer.

Not all non-compete clauses are enforceable though. In the UK, hedge fund Brevan Howard famously tried imposing a five year non-compete on star trader Christopher Rokos, forbidding him from setting up a rival firm anytime between 2013 and 2018, Rokos contested the clause in court and went on to launch Rokos Capital Management in 2015. In the U.S., the law governing non-competes varies from state to state. "Carefully worded non-competes can be upheld in New York, but not in California," says one New York headhunter. In the clauses' absence, some Silicon Valley technology firms entered an informal pact not to poach each other's staff.  Employees brought a court case accusing Apple, Google, Intel and Adobe of collusion, but the case was defeated in January 2015.

Compared to hedge funds, banks' restrictive covenants are tame. UK employment lawyer Philip Landau says big banks use a combination of non-compete clauses (specifying that you won't work for a competitor), non-solicitation clauses (specifying that you won't approach clients for a competing business), non-dealing clauses (specifying that you won't have anything whatsoever to do with former clients), and clauses that ban you from soliciting former colleagues. Typically, they only last between three and six months. And they only apply to employees at vice president level and above. "They are all intended to restrict your freedom after you have left the bank," notes Landau. He advises you check your employment contract before you sign, but if you want to work for a bank there's not much you can do: these clauses are ubiquitous.

Restricted covenants are only part of the story, however. There are also notice periods. In London, banks' notice periods are commonly three months, but French bank SocGen imposes a six month notice period to prevent people leaving. Headhunters say the French bank can be flexible: the full six months are only imposed if SocGen is being awkward.

The real fun, however, will come if banks in London shift trading staff to Frankfurt. In Germany, banking employees are governed by bizarre-seeming contracts stating that employees have a three month notice period starting from the nearest end of quarter. "If you resign on the 31st of December, you can start a new job on the first of April," explains Tim Zühlke at Indigo headhunters in Frankfurt. "But if you resign on the 1st of January, you can't start a new job until July [three months after the end of that quarter]." Candidates in Germany therefore have to time their resignations carefully and the Frankfurt labour market is far less fluid than London's as a result.

Zühlke says some finance firms in Frankfurt take this a step further and impose six month notice periods from the nearest quarter's end, making leaving a banking job in Germany even more onerous. Deutsche Bank has one of the most punitive arrangements for its German employees. At Deutsche in Frankfurt, people are governed by clauses stating that they can only leave three months after the end of the first quarter, or  - if they resign after the first quarter's over - that they have to wait until the end of the full year. "If you resign from Deutsche Bank before April, you'll only be able to start somewhere else in July - even if you resign in January," says Zühlke. "But if you resign on the first of May, you won't be able to start elsewhere until January the following year."

The contracts are one reason Deutsche's Frankfurt office won't be seeing any further staff departures this year, despite last year's absent performance bonuses.  If banks like Goldman Sachs move trading staff to Frankfurt, Zühlke says they'll need to do something similar: "You need to have these contracts to keep hold of staff here." 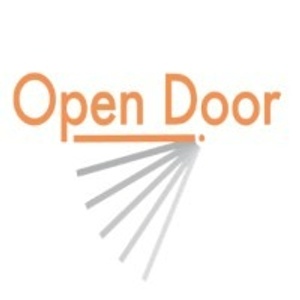