While the average 26-year-old investment banker may have aspirations to join a hedge fund as a junior, Gina Heng had other ideas: she founded her own.

The Singaporean's rapid rise from employee to entrepreneur began when she took an analyst role at asset management consultancy Cerulli Associates in 2005.

“Unlike most juniors, I wasn’t just looking at specialist products or trading in silos – I saw the holistic business side of asset management. This helped later in my own businesses because I already understood the strategy behind running a buy-side firm,” explains Heng.

“At Cerulli I was researching the asset management sector in Asia and had a bird’s eye view on product development and distribution trends,” she adds. “I talked to very senior people – including CFOs and regulators – and worked across industries, so I got a fundamental grounding in the real economy.”

In 2009 Heng crossed to the sell-side and joined the Singapore office of Bank of Tokyo-Mitsubishi UFJ as a research analyst, focused on telecoms, commodities and property. But a year there was enough to convince her that her future didn’t lie at a big bank.

“I was scared at first to give up the safety net of my banking job. But I think many women in Asia are too focused on short-term financial security and don’t have the confidence to believe that their new business will make money in the future,” says Heng.

“I was only 26 and it was difficult starting out, so I decided to treat it as a business that just happened to be in finance,” she adds. “Officially I was head of research, but I had to multi task – I was doing everything from marketing to compliance. Joe had a technical quant background and regional markets experience, so that helped.”

By 2013, Heng had cut her entrepreneurial teeth. She, Cho and partner Joel Ko Hyun Sik set up another investment company, One Asia Investment Partners. “We wanted to widen our investment scope – in particular, to fund start-ups. And my own role changed to become more focused on people management.”

Twenty-somethings who want to become entrepreneurs in the finance sector often take too many shortcuts to building a business, says Heng. “When you’re young it’s tempting to jump straight in. But you need to build a knowledge base first by working in the industry and by talking to a lot of people.”

“Building a business in the investment space is not just about coming up with the best product – you need to understand whether the market is ready for such a product and you need to educate the market about it,” she says.

Heng, Cho, Ko have since moved from One Asia to found another investment firm, Marvelstone Group. “We focus on financial services – of which fintech is a growing area – and we also invest in other sectors, like tech, media and hospitality.”

Marvelstone is the investor behind the LATTICE80 office in central Singapore, one of the world's largest fintech hubs.

It opened in November last year and already houses several start-ups. “We’ve invested in generic co-working spaces before, but this is about building a specific eco-system of fintech people who want to learn from and collaborate with each other. We think it will help start-ups really understand their markets.”

“People ask: ‘why launch a robo advisor that only targets women?’. And I reply it’s because there’s a clear need,” she explains. “Many women in Asia don’t do a lot of investing, aside from their public pensions. They generally have a conservative outlook regarding money and prioritise taking care of their families.”

Miss Kaya is hiring this year, for roles such as marketing, programming and content. 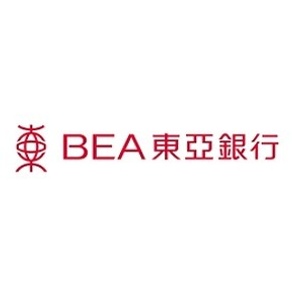