eFC TV: Gen Y - How You Tick Off Your Boss and What You Can Do About It

Douglas Bisio, president Greenwich Fund Services, a hedge fund administration firm based in Greenwich, Conn., says those born between 1979 and 1995 are plagued with qualities that are tough to stomach. 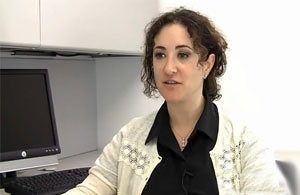 Bisio, who graduated from college in 1995, sees an immense disconnect between his contemporaries and younger colleagues.

"Today people don't have the patience to learn what it takes to really be successful in a job," he said to eFC News. "They want money to buy a good cell phone or good-looking shoes, but when it comes to staying late and pitching in in the back office, where you can really learn the business, they have no patience for it."

Ron Reueven, who at 30 has been running his own financial services firm for seven years, agrees that his age peers are lacking in a work ethic. "Instead of trying to get a job, they're interviewing you, asking 'What are you going to offer me?,'" he says. Typical requirements of potential recruits include trying out the job for a while before committing, making their own schedule, and working from home. "Commuting is actually very hard for them," Reuven says. Staff members younger than 30 often arrive late, but argue that they were only 15 minutes late or were tardy just once that week. "I can't motivate them to work," he says.

Who or what's to blame? Reuven believes those raised in the 80s and 90s were "rewarded for mediocre performance. If they came in sixth place they got a trophy anyways," he says. Bisio points to unprecedented societal shifts. When he came of age, credit was not readily available, and affluence was tough to come by. Today, the ability to buy on credit, combined with tales of Wall Streeters making millions overnight, has fostered unrealistic expectations in young adults, he says.

Michael Harrington, who specializes in training managers on how to communicate with Gen Y for New Directions Consulting in North Bennington, Vt., says these are common complaints. It behooves both older and younger workers to understand what drives Gen Y. He says Gen Y must remember:

- You are probably up against a company culture that is decades old.

- You are there to add value to your employer and make your boss's life easier - drama and hand-holding subtract from value.

- You must be even more flexible and valuable in today's economy. The competition is stiffer than ever.

"The younger worker can't walk in and say, 'Here are my demands and this is what I expect,' and it's not about the manager handing over the keys to the kingdom and letting them run free," Harrington says. "Both have to find middle ground and be flexible."